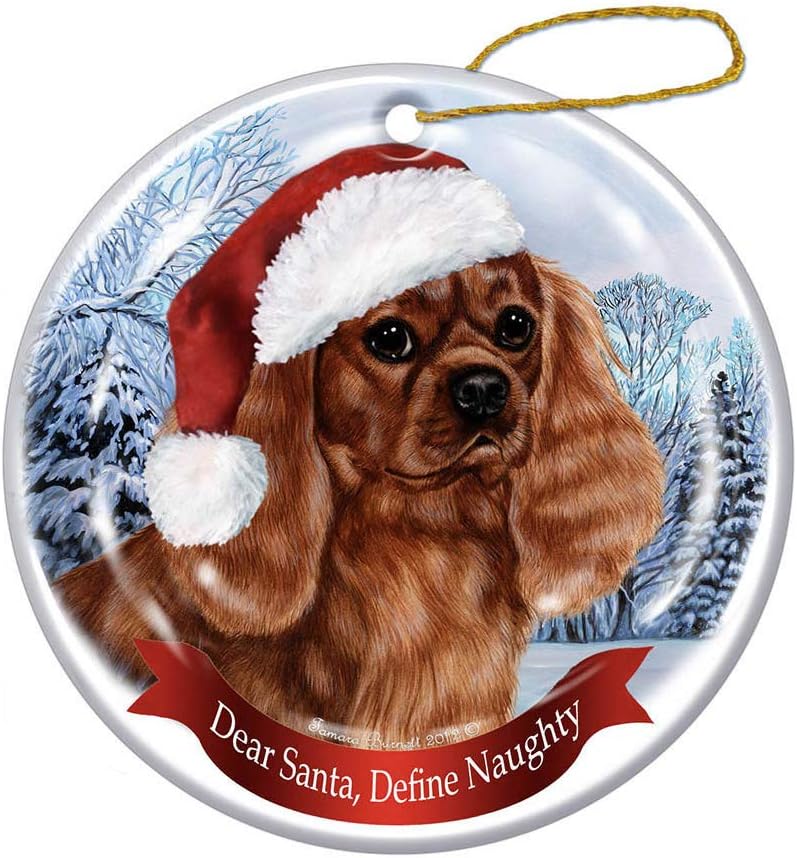 Dear Santa, Define Naughty! This beautifully designed Christmas Ornament displays your favorite pet wearing a Santa Hat and a red banner asking "Dear Santa, Define Naughty"! Featuring the watercolor paintings of renowned artist Tamara Burnett, this porcelain ornament is sure to brighten up your holiday, of course, as well as any space all year round. Approximately 3" in diameter, 1/8" thick, the ornament hangs on a gold colored thread.