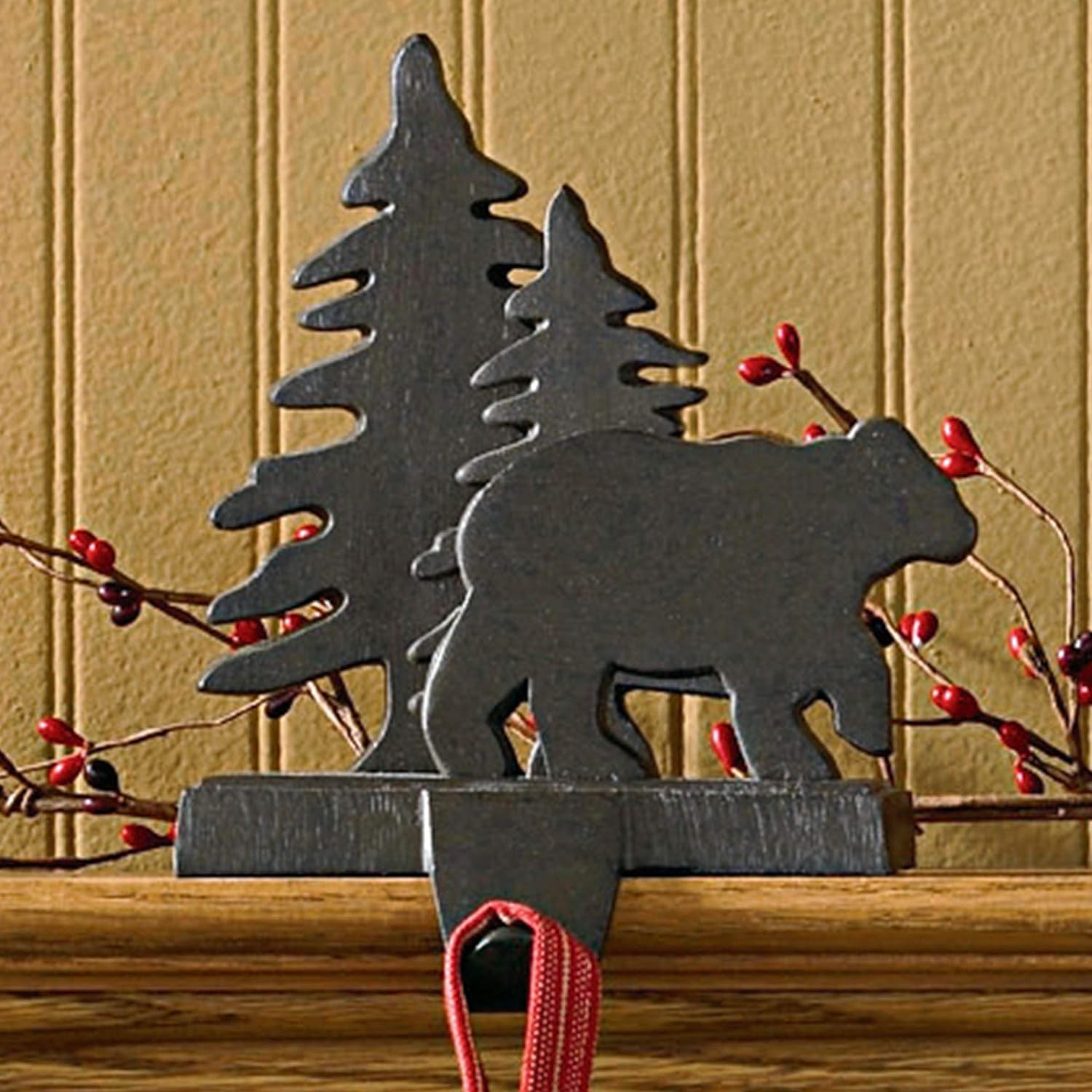 Our Bear amp; Tree Stocking Hanger is made of iron and features a charming silhouette, with a hook for your stocking. All of our stocking hangers are lightweight but hold even the fullest stockings. We are working year-round, like Santa's little helpers, to create formal to nostalgic to whimsical designs for your beautifully festive home.